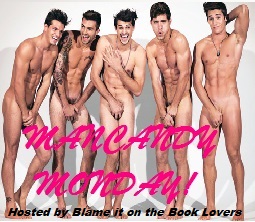 Every Monday, Blame It On The Book Lovers will be discussing their favourite book boyfriend of that week in a new meme called MANCANDY MONDAY!

This week The Book Lovers is featuring Griffin from the Thoughtless series by S.C Stephens. 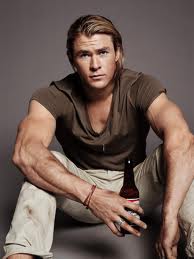 Yes, Griffin is Chris  Hemsworth but its pretty damn hard to imagine him as anyone else when you follow Griffin on twitter. Plus I spent ages trying to find someone else suitable but that didnt happen hahah.

The very first time Griffin appeared i was just floored. I loved him in that instance. He’s just one massive dirty mouthed man whore and he really is so freaky funny. I couldnt stop pissing myself over his comment to Kiera and making her uncomfortable. Pure brillance from him part.

He walks around like he owns the place, like every girl should be begging to have a piece of him and have a ride on his Hulk. He’s a cocky son of a bitch and the more he appeared and made Keira uncomfortable and the more he was dirty mouthed, the more i was just falling for this bassist.

But despite all this, you really do see him grow. Especially when Anna – Keira’s sister is involved now. You see him stop his man whoring ways, the comments and actions still continue though but he’s found someone just like him, someone who can give him talk back, can keep up with him and just someone to love all of him.

I just pretty much love Griffin. You would want him to grope you when you walk past him…despite probably giving him evils after but in Effortless/Reckless, he’s such so sweet and smitten with his daughter and Anna and he will completely take half of your heart. (Kellan has the other half) 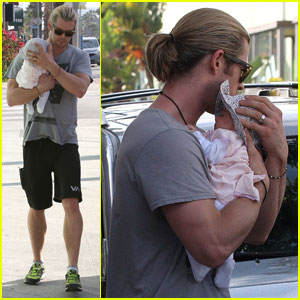 HAD to get a pic of Chris/Griffin with his daughter. Swoon what is it with men and holding children that make your ovaries explode?

One thought on “MANCANDY MONDAY! The place where all the hot guys go”