So I haven’t done this in a while but I have been 1-Clicking like craaaaazy the past few days. Just click on the prices to go to Amazon. 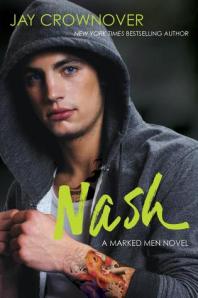 Will their past determine their future?Saint Ford has worked hard to achieve her childhood dream of becoming of nurse. Focused on her work and devoted to her patients, there’s no room for love. She doesn’t need a guy making waves in her calm, serene life—especially when he’s the unforgettable hottie who nearly destroyed her in high school. Dark, brooding Nash Donovan might not remember her or the terrible pain he caused. But he turned her world upside down . . . and now he’s trying to do it again.Saint has no idea that Nash isn’t the cocky player he once was. Uncovering a devastating family secret has rocked his world, and now he’s struggling to figure out his future. He can’t be distracted by the pretty nurse he seems to meet everywhere. Still, he can’t ignore the sparks that fly between them —or how she seems so desperate to get away from him. But the funny, sweet, and drop-dead gorgeous Saint is far too amazing to give up on—especially since she’s the only thing in his life that seems to make sense.When Nash discovers the truth about their past, he realizes he may have lost her heart before he could even fight for it. Now, Saint has to decide: is Nash worth risking herself for all over again? 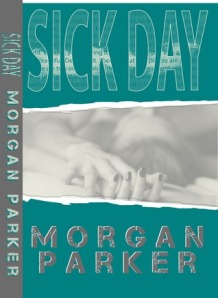 Hope and Cameron made a five-year promise before college. Years pass and they never see each other again. But then one month before his planned wedding to Riley, Cameron looks outside and sees Hope in the pouring rain, watching him.Now, three years later, Cam has one day – a sick day on this last Friday of summer – to convince the one woman whose very existence breaths life into his lungs, that sometimes love like theirs actually does exist, and it’s that kind of love that lives forever, no matter how hard you fight to forget about it and move on.From the author of non friction and Hope, Sick Day follows one man’s day-long attempt to persuade the love of his life that sometimes it’s okay to break promises if it means keeping the ones that count

Grey and Stefan knew from the moment they met that they were destined for one another. Despite the none-too-quiet protests from his family they married straight out of high school. Their love was strong and only grew when a year later they welcomed their baby girl into the world. Life was perfect…until one night changed everything. A horrendous accident destroyed them; stripping them of everything they knew, taking away their happiness and their daughter. While mourning the loss of their little girl they were also suffering the loss of each other. Stefan blamed himself for their daughter’s death, drowning away the guilt in liquor. Grey had never been so alone. Stefan had died inside the day their child did. Doing the only thing she could to save herself, she ended their marriage. *********Seven Years LaterStefan Harrison is the most eligible bachelor with a wallet and company that continues to grow. Every night he has a different woman on his arm with the next not far behind. Grey Desmond is the lead stylist and co-owner of a reputable salon with the perfect fiancé and a beautiful wedding in her future. But one chance meeting between Grey and Stefan is all that is needed to reawaken the feelings from the past.She tries to avoid him but he won’t let her. Losing Grey was Stefan’s biggest mistake and he won’t stop until he wins her back. But Grey doesn’t know if she could ever trust him again. Leaving her heart to decide between the perfect future…or the past she never let go. 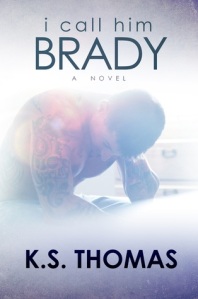 I Call Him Brady – K.S Thomas

Born the only son to one of Hollywood’s most prominent power couples, Jack Cole’s life is damn near perfect. With women lining up to be with him, movie parts most seasoned actors would die for and the freedom to live above the rules, Jack’s life is going completely according to plan.Until Embers…Embers doesn’t have time to waste on any more dirt-bags. Too busy trying to take care of herself and her daughter to take any more chances on romance, she’s limiting her love life to daydreaming about one hot and sexy, Jack Cole.Except her surefire way to keep her heart safe goes completely awry when her dream guy and her reality suddenly collide.A master of recreating the human emotions he’s never allowed himself to feel, Jack must now deal with the consequences of offering his heart to someone who may be too scared to keep it. 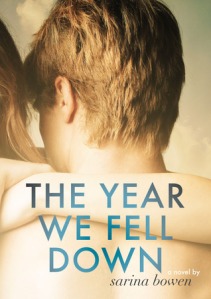 The Year We Fell Down – Sarina Bowen

The sport she loves is out of reach. The boy she loves has someone else.

What now?She expected to start Harkness College as a varsity ice hockey player. But a serious accident means that Corey Callahan will start school in a wheelchair instead.Across the hall, in the other handicapped-accessible dorm room, lives the too-delicious-to-be real Adam Hartley, another would-be hockey star with his leg broken in two places. He’s way out of Corey’s league.Also, he’s taken.Nevertheless, an unlikely alliance blooms between Corey and Hartley in the “gimp ghetto” of McHerrin Hall. Over tequila, perilously balanced dining hall trays, and video games, the two cope with disappointments that nobody else understands.They’re just friends, of course, until one night when things fall apart. Or fall together. All Corey knows is that she’s falling. Hard.But will Hartley set aside his trophy girl to love someone as broken as Corey? If he won’t, she will need to find the courage to make a life for herself at Harkness — one which does not revolve around the sport she can no longer play, or the brown-eyed boy who’s afraid to love her back.