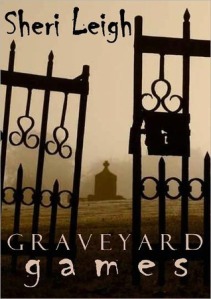 Dusty has always been the hothead in the pair — her twin, Nick, he was the calm, cool and collected one. But now Nick is dead, found murdered in their local cemetery, and Dusty, on forced leave from her job as a Chicago police officer, goes back to her childhood home to attend the funeral.

It becomes quickly apparent to Dusty that the local authorities aren’t being straight with her, or anyone else, about what’s been going on in the little Midwestern town she grew up in. The detective in her kicks in and she decides to find out what–or who–has killed her brother, so she moves in temporarily with her father and stepmother, takes a job in a local bar, and starts asking questions.

Her focus soon fixes on Shane, her brother’s best friend–the town bad boy and bad seed. The tension between the two of them has always been palpable, and nothing has changed. Sparks fly as they collide, and while Dusty finds herself sinking in deeper with Shane, the mystery of what happened to her brother–and an ever growing list of victims–grows even stranger.

Dusty finds her past haunting her everywhere she goes as she continues to dig deeper into the circumstances of her brother’s death, and her future looms large as her fate as a police officer is about to be determined back in Chicago. With everything coming to a head, she focuses on one thing: What happened the night her brother was killed in the cemetery? She’s sure Shane knows… something… and she’s determined to find out what it is, one way or another.

This book was free on Amazon, and as I’ve said before, I love reading the free books because many of them turn out to be such a good read and this was…at the 80% mark.

Graveyard Games starts off pretty fast, with Dusty, attending her twin brother Nick’s funeral, rewinding on some parts of a conversation between the two of them the night before he died, as he had moved back to their hometown after being ‘fired’ from his job.

Dusty has been suspended from her job in Chicago and so when she comes back to her childhood town, she’s determined to find out who or what has killed her brother, not believing the story that the local police and the local newspaper are running about an animal being the main suspect in the vicious deaths of not only Nick, but other people as well, people she was close to when she was younger.

After the funeral, it does start to become a little slow, not much happens apart from Dusty getting a job in the local bar, befriending a guy called Sam, who, as the book states ‘is a little slow’, has a plan to ‘get with’ her brother’s best friend Shane, whom she allegedly hates so she can get the truth about Nick’s death from him – as she doesn’t believe he doesn’t know what happened, as Nick told her the night before he died he was going out with Shane and their friends.

To be honest, it only really got exciting from about 80% onwards as Shane tells Dusty what killed Nick and they get a gang of them together to go hunt this ‘creature’ down in the cemetery and that’s when all the action happened and I was sitting up straight, gasping over what was happening and hoping that none of them died. I actually had an inkling over who the creature was, and although it wasn’t the person I thought it was, they were still related to that person.

This book – albeit – sounds like a thriller, it’s not a thriller at all. I don’t really read horror books, as I get scared easily when the author describes the deaths in details, what the body looks etc, but in this book, sure, Nick is described in Dusty’s dream, but I could handle the little amount of description of his messed-up body.

I actually had no idea how old the characters were, because they still acted like teenagers, drinking in the woods, making bonfires, and some of the characters are married with kids, so forgive me if I was a little confused over why they were acting immature nearly every night. Searching for their ages, I think they were in their mid twenties? Anyway, as I said, they were acting like they were still in school.

I did love the scenes between Shane and Dusty as Dusty was convinced she hated him from a young age although she had loved him and he her, since they were younger but Nick had stopped Shane from inviting her anywhere with them because Nick had a big secret that you find out when Shane tells Dusty how he died. Although she was only planning to be with Shane to get information, they both slipped back into being in love with each other and when everything happened in the Graveyard at the end, I was on knifes edge wondering who was going to die and who was going to live.

Anyway, if you want a thriller/horror, this probably isn’t the book for you, but as it was free, I can’t complain about it because it ‘eased’ me into wanting to read more books like this, albeit, not the gory kind but we’ll see if I get to that stage eventually.