Three knocks can change everything…“She knew. That’s why Mom hadn’t opened the door. She knew he was dead.”Twenty years as an army brat and Ember Howard knew, too. The soldiers at the door meant her dad was never coming home. What she didn’t know was how she would find the strength to singlehandedly care for her crumbling family when her mom falls apart. Then Josh Walker enters her life. Hockey star, her new next-door neighbor, and not to mention the most delicious hands that insist on saving her over and over again. He has a way of erasing the pain with a single look, a single touch. As much as she wants to turn off her feelings and endure the heartache on her own, she can’t deny their intense attraction.Until Josh’s secret shatters their world. And Ember must decide if he’s worth the risk that comes with loving a man who could strip her bare.

Being a funeral singer was a dead-end job until it led her to him …Seventeen-year-old Melanie Martin has witnessed her share of lame eulogies and uninspired epitaphs while singing part-time at her dad’s funeral home. She’s determined to be more than a funeral singer, more than just someone’s “beloved wife” or “loving mother.” When Mel’s impromptu rendition of “Amazing Grace” at a local rock star’s graveside service goes viral on YouTube, she becomes an Internet sensation, gains thousands of fans and followers, and snags a hot rock star boyfriend–Zed Logan, bass player for The Grime. But instant fame isn’t easy—and neither is love. Especially when Mel realizes she’s falling for another guy—one who may just want her heart more than her voice …

There’s only one man for Bonnie, and that’s Holden Finn.The problem is that Holden Finn is a twenty-three-year-old pop megastar with his boy band, Every Which Way, and has no idea she exists. Not only that, but half the women in the world want to be Mrs Finn, including Bonnie’s teenage daughter, Paige. The real men in Bonnie’s life do nothing but let her down, but a man you can’t possibly have can never do that… right? She’s safe inside her fantasy bubble.Then Paige wins a radio competition to meet Holden and the band, and Bonnie’s carefully-constructed world starts to unravel. She is about to find out that you should be very, very careful what you wish for … 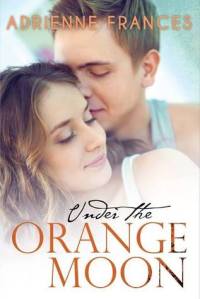 Under The Orange Moon – Adrienne Frances

Dylan Mathews grew up in a house that was always filled with good-looking guys. However, with her four protective older brothers, they never stood a chance.Except for one.Dylan knew she loved Ben McKenna from the first time she laid eyes on him. When he started sneaking in her room, she thought he felt the same way. But just as their passion ignited, he left for college and never came back.Until now.Returning home after 5 years, Ben realizes Dylan has always been the one for him. Can he win back her heart and finally find love under the orange moon? 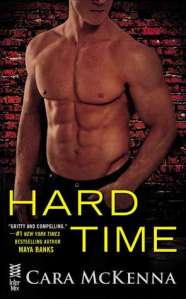 In this all-new novel from the author of Unbound, a woman with a rocky past finds romance in the last place she’d ever expect…

Annie Goodhouse doesn’t need to be warned about bad boys; good sense and an abusive ex have given her plenty of reasons to play it safe. But when she steps into her new role as outreach librarian for Cousins Correctional Facility, no amount of good sense can keep her mind—or eyes—off inmate Eric Collier.

Eric doesn’t claim to be innocent of the crime that landed him in prison. In fact, he’d do it again if that’s what it took to keep his family safe. Loyalty and force are what he knows. But meeting Annie makes him want to know more.

When Eric begins courting Annie through letters, they embark on a reckless, secret romance—a forbidden fantasy that neither imagines could ever be real…until early parole for Eric changes everything, and forces them both to face a past they can’t forget, and a desire they can’t deny.