When it Rains – Lisa De Jong

One night changed my life forever.

Beau Bennett has been my best friend since I can remember. He was my first crush before everything came crashing down, and now he wants more, but it’s more than I can give him. Things are different now. I wish I could tell him why, but I can’t.

I haven’t told anyone.

I never knew how much I really needed him until the day he left for college, and I was completely alone.

Then one day, Asher Hunt rides into town with his dark, captivating eyes and cocky grin. He doesn’t care who I used to be, he’s simply breathing life into what’s left. People warn me to stay away from him, but he helps me forget the pain that has held me hostage for so long; something I thought was impossible before he walked into my life.

I thought my story was written that night, but now I know it was only a new beginning. Until one secret turns my world upside down… 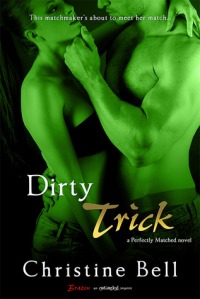 Grace Love is lousy with men. She can spot a match for someone else a mile away, and her balls-on instincts are why her matchmaking business is thriving, but finding her own Prince Charming? The only guy who makes her sixth sense tingle is her playboy best friend, Trick, and no way is she risking their friendship, no matter how hot she knows the sex will be.

SWAT officer Trick Matthews is a patient guy, but Grace’s inability to see what’s right in front of her is grinding on his last nerve. Yeah, he blew his shot at breaking out of the friend zone when he tamped down the urge to lick her from head to toe the day they met, but he’s got a plan that’ll change her mind. Incognito at Salem’s hottest Halloween party, he’ll show her exactly how good they could be…and that he’s the man for her. 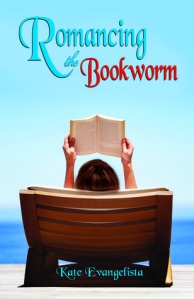 Sometimes, even the best-laid plans can unravel.

It’s spring break, and Tamara Winters would rather stay on campus and read romance novels than flaunt her size-fourteen body on a beach. But her best friend, Ronni, has other ideas. Against her wishes, Tamara is whisked away to picturesque Maverick Bay, where she’s wrangled into waiting tables with Ronni at the Shore Shack for its busy week leading to Maverick’s Surf Invitational. There she meets fellow schoolmate Xavier Solomon, the Invitational’s organizer and campus womanizer by reputation. From the moment Tamara sees him emerging from the waves like a hero in of one of her romance novels, all she wants to do is run away from the feelings he inspires in her.

Little does she know Xavier has been watching her for weeks now. In fact, after failed attempts at asking her out on campus, he’s concocted a crazy plan: fabricating romantic situations straight out of her favorite books. Xavier quickly realizes that if Tamara gets a whiff of his designs, he might as well spell CREEPER across his forehead. Yet as they grow closer, he’s convinced it’s a risk worth taking. What he hasn’t planned on, of course, is his drug-addicted, alcoholic stepbrother, who decides to join the fun and put a wrench in Xavier’s scheme.

Spring break is proving hotter than Tamara expected. Will her romance novels be able to compete 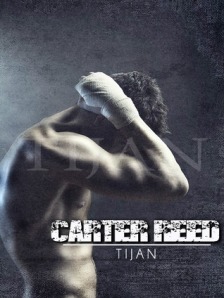 Emma decided to skip the gym and went home early. It was the last easy decision she made because she found her roommate being raped by the boyfriend. She had two choices. Call the cops and be killed by his family’s mafia connections or kill him first and hope to survive. There was no choice to her. She killed the bastard first and went to the one person who could protect her. Carter Reed. He’s a weapon for the rivaling mafia family, but he’s also Emma’s secret. Not only was he best friends with her brother, but she’s the reason he became that weapon in the first place.