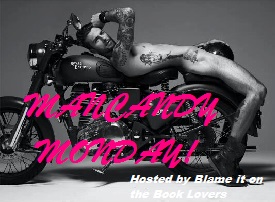 Every Monday, Blame It On The Book Lovers will be discussing their favourite book boyfriend of that week in a meme called MANCANDY MONDAY!

This week The Book Lovers is featuring Jace Seymour from the Sinner on Tour series by Olivia Cunning. 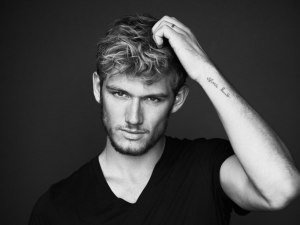 Alex Pettyfer is my Jace

Jace Seymour. What can I say about you? You are the bassist of Sinners, the quiet one, the reserved one, the one who doesnt really say anything but underneath all that he is fighting his past. He needs to feel pain to make it go away and to remind him of who he was and what he did. None of the band really know who he is and thats becuase he fears they will throw him out and the band means everything to him, so he keeps quiet.

He doesn’t crave attention like the other members, he’s just there to play great music.

He likes pain, as I;ve already mentioned. He visits Doms to make them cuase him pain and one espeically named Aggie. Although Aggie started off as his Dom, they fall in love and that scares Jace, who in turn tries to push her away, to much avail, he doesnt. She lets him now its okay to open up to her about his past.

Because of his past, Jace also feels that he’s not good enough. Not good enough for the band, not good enough to be loved; none of this is true. The band absolutely adore him and only tease him because they love him and this proves that he is loved by everyone in his life. As he didn’t really have a childhood, he had to grow up fast and so by all the teasing, he feels that he’s not wanted, but that is not true and Aggie eventually gets through to him that the band love him and that’s why they tease him.

Your heart will break at Jaces past but you will feel proud of him for opening up and overcoming them with the help of Aggie, who is there every step of the way. He begins stronger, he begins to talk more and express his opinions to the band and you can see just how much the band love him, how it wouldnt be the Sinners without Jace.

So this is why Jace is my Mancandy this week. He overcomes so much in this book that my heart clung to him and now it wont let go. Not that i would want that to, because Jace is such a bloody cutie that he deserves a hell of a lot of love!

If you haven’t read the utterly sexy series that is Sinners of Tour, then check out my reviews HERE.

(the forth book is currently being read, as they were published out of order due to the publishers thinking Trey’s books would be more popular being published 3rd, as his book was last. But now they are all out, there’s no need to not read them ;). Anyway, my review of book 4 should be posted this week or next)

My co-blogger is taking a few weeks off from blogging, but if you are participating, then definitely leave your links in the comments so we can all see your sexy Mancandy!!

3 thoughts on “MANCANDY MONDAY – the place where the hot guys go!”