“You don’t get a love like ours and get to leave it behind.”

Kia James was never meant to return to her hometown of Harlan Grove, Alabama… But she has.

And Reese Pembleton was definitely not supposed to still be in love with her the way she is him… But he is.

Last summer was the summer to end all summers. It was the summer they both fell in too deep to get out, and try as she might, Kia can’t deny that whatever was there between them a year ago is still there. If she’s honest with herself, there’s so much more there than there ever was, but the way her dad walked out six years ago has shattered her belief of that fairytale love every girl craves.

Reese isn’t giving up so easily. His biggest mistake was not chasing after Kia the way he wanted to when she upped and left him without a word. Despite what she says, he knows her better than anyone, and he knows she still wants him the way he wants her. And this time, nothing will stop him from getting – and keeping – his girl.

But nothing is that easy. When Kia’s dad arrives back in town, family secrets come tumbling out she never realized existed. Everything her mom has ever told her about the reason he left is a lie – but how can she trust the man who, by his own admission, didn’t fight for her as hard as he could have?

With her past and present wants and needs colliding, Kia is thrown into the turmoil of the biggest decisions of her life. And she realizes, sometimes a second chance is all you need.

Reese puts his arms out at the end of the truck. “Come on.”

“I can climb down from a truck.”

“I know that,” he replies and shakes his arms once. “But I’m just helping you. You know, being friendly.”

I raise my eyebrows, letting him grip my waist anyway. I put my hands on his shoulders, and he lifts me down, lowering me slowly to the ground. His eyes are on mine, watching me intently, and a small smile plays on his lips. I lick my bottom lip without thinking, and his eyes flicker down. I swallow against the thumping of my heart and force my breath out slowly, resisting the urge to let my body take control.

Reese’s hazel eyes are darker as they meet mine again, and I let my hands slide slowly down his chest. His fingers flex against my waist, like he’s fighting with himself whether to let me go or not.

I breathe a little faster against my will and I see his chest heave once. My fingers graze his stomach and I step back, loosening his hold on me. His hands brush my hips as he drops them from my waist, and I have to stop myself from wrapping my arms around my waist to make up for the loss of him.

“There’s nothin’ friendly about that, baby,” he says in a low voice. “Nothin’ at all.”

I let out a shaky breath. “We’re never gonna be able to be friends, are we?” I whisper sadly. “We’ll never be able to get past whatever it is between us, will we?”

“I can’t have everything. I can’t. It’s always gonna be all or nothing for us, Reese. There’s no in between, there never will be.”

“I’m not asking you fall back into my arms and let me sweep you off your feet,” he whispers, moving some hair from my face gently. “No matter how much I want to, I’m not asking that. I’m just askin’ you to let whatever will happen, happen. I don’t get what good it is with you fightin’ yourself every time.”

“What’s meant to be will be, right?” I shake my head a little in disbelief. “It doesn’t-”

“Work like that?” He raises his eyebrows, his thumb trailing down my cheek and neck. “How do you know if you keep fighting it?”

Note from the author:

SECOND CHANCE SUMMER is book 1 of the Chance series, and there is NO cliffhanger. There are loose ends that need tying up in both the second book and companion novels – to be announced – but I have tried my best to resolve the main story line in this book. 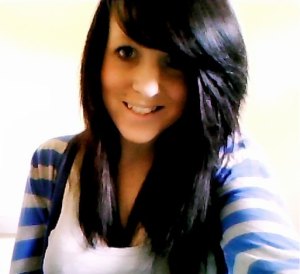 By day, New York Times and USA Today bestselling New Adult author Emma Hart dons a cape and calls herself Super Mum to a terrible two year old and growing bump, due September 2013. By night, she drops the cape, pours a glass of juice and writes books.

Emma is working on Top Secret projects she will share with her followers and fans at every available opportunity. Naturally, all Top Secret projects involve a dashingly hot guy who likes to forget to wear a shirt, a sprinkling (or several) of hold-onto-your-panties hot scenes, and a whole lotta love.

She likes to be busy – unless busy involves doing the dishes, but that seems to be when all the ideas come to life.