Every Monday, Blame It On The Book Lovers will be discussing their favourite book boyfriend of that week in a meme called MANCANDY MONDAY!

Stefano Masciolini is my Rusty

So it was really damn hard to find a ginger guy – where are they? – but i think this guy represents Rusty in my opinion.

Rusty Thorne is one hell of a brilliant character, hence why he is my mancandy this week. He’s got curly, rusty hair, hence the nickname and green eyes. He’s a history teacher and he absolutely loves his friends. Especially Faith. Only problem is nothing can happen with Faith as her brother Dan, is one of his best friends. But Faith has been commissioned to write a series of magazine articles on spicing up your love life. She’s got the theme—the “Seven Sexy Sins”—but there’s one major problem. She hasn’t experienced any of them.

This is where the sexy Rusty offers up his services but Faith needs him to sign a contract – they have sex seven times in part with with sins and Dan cant find out about this arrangement. So his new alias on the blog is Beau.

Rusty will steal your heart but he has insecurities. The men in his family are less than men and for that, he doesn’t drink, he doesn’t want a serious relationship in fear of turning out like his relatives and hurting the ones he loves.  So it’s easier for him to just jump from one girl to the next. Not getting attached to them.

Then he volunteered to help Faith out and that is when everything inside him started to change. Never one for love, his feelings over the weeks, after the intensity of their sins and the sex really took a hold on him. It had him questioning everything about love. He was nervous and unsure whether he had made the right decision in helping Faith out, but when she said something so filthy to him, all that zoomed out of his head and all he could see was this gorgeous woman in front of him.

Over time, you could definitely see the emotions changing for both of them from lust to love. The romance didn’t come easy for them, because they know all about their pasts and doubted themselves about what they were doing yet you could really see just how attracted to each other they were and in time, they did become comfortable in doing the sins and being around each other in a sexual situation.

Rusty is definitely book boyfriend material and for that, he is MINE for this week. You literally cannot read this book without him stealing a piece of your heart and wanting him to help you with all these scenes…maybe not with the mars bar though 😉 hahahha….okay, maybe with the mars bar… 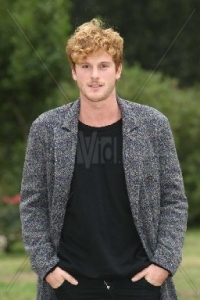 Now head over to Blame It On The Rain’s blog and check out who she has picked as her Mancandy!