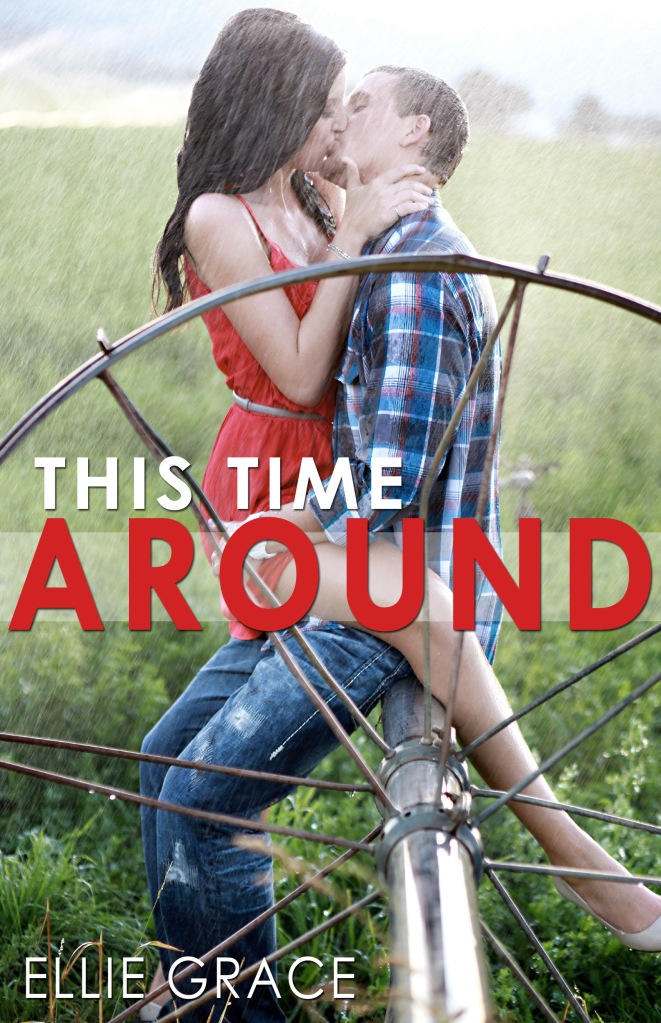 Title: This Time Around

Nora Montgomery left home and heartbreak behind in South Carolina when she moved to New York City after her high school graduation. Now, four years later, she returns home and is forced to confront the past she left behind and the reckless boy who broke her heart. It’s not long before the pieces of her past begin to blur with the present and she realizes that the feelings she had for her first love never really went away. As old dreams resurface and new truths come to light, she begins to question the future she’s always planned on.

Jake Harris has spent four years regretting the night he let her get away. When she finally reappears in his life, he is determined to win her back and prove how much he’s changed. She might never forgive him for that night, but if he tells her the truth about what really happened it will shatter the world she thought she knew. If he doesn’t, he might not get a second chance. He’s already lost her once and he won’t lose her again.

They come from two different worlds that are threatening to tear them apart…can they make it this time around?

A drop of water landed on my cheek, waking me up and interrupting my moment of tranquility. I opened my eyes and saw that the blue sky had turned grey and mean with the promise of a summer storm. This was a common occurrence around here. Short summer storms would come through on even the most beautiful of days.

“Jake, wake up!” I nudged his arm and started packing up the last remnants of our picnic before everything got soaked. He opened his eyes groggily, jumping into motion when he saw the clouds overhead threatening to dump rain all over us.

We moved quickly across the water, thanks to his speedy rowing, and were only a few yards away from the dock when the sky opened up and rain started hammering down on us. I shrieked and made a pathetic attempt to cover myself with the cardigan I was holding, while Jake just looked at me and laughed.

When we edged up against the dock I practically leapt out of the boat and carried my guitar and the picnic basket back to the shelter of the cabin. I was about to go inside to get away from the storm, but when I looked for Jake I saw that he was still out on the dock. He was

leisurely pulling the rowboat up onto the dock and flipping it over, clearly in no hurry despite the buckets of rain coming down over his head.

“What’s taking so long?” I said, rushing to the end of the dock where he was still standing, “In case you didn’t notice, we’re getting drenched!”

Jake just smiled. “Since when do you care about getting a little wet? The Nora I remember used to love running around in rainstorms.” He strode over to me and ran his hands up my arms. “It’s kinda nice, isn’t it?”

I nodded, stepping closer and looking up at him through the sheets of rain. He was gorgeous… especially when he was dripping wet. I reached up and traced his jawline, trailing my finger through the droplets of rain and watched as his eyes turned dark with desire.

Within a half a second his mouth was on mine and his hands were at my hips drawing me closer. His kiss started off slow but when his tongue met mine it became needy and impassioned. I slowly ran my hands up his hard chest and over his shoulders, pulling myself closer to him. His grip around me tightened and he moved his hands down, grabbing my bottom and lifting me up. I wrapped my legs around him and held onto him firmly.

“I want you,” he grumbled against my lips, “I can’t wait any longer.”

Ellie Grace is an avid reader, chocolate lover and caffeine addict. When a story popped into her head that she couldn’t seem to shake, she decided to pursue her childhood dream of becoming a writer. When she’s not writing, she’s usually curled up with a book by one of her many, many favorite authors.

2 thoughts on “SNEAK PEAK: This Time Around- Ellie Grace”