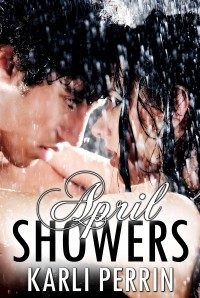 What happens when your head and your heart pull you in completely opposite directions?

April Adams is about to find out the hard way.

Isaac Sharpe is the hottest guy on campus – with an even hotter reputation. After a chance meeting, April quickly finds herself wrapped up in all that he is. But what if all that he is isn’t what it seems?

Caught up in a battle between what she wants and what she thinks she needs, April meets Lukas Roberts. Lukas is the security blanket that she craves so desperately and she finds solace in their friendship. But what happens when she finds more than she bargained for?

April has always been a big believer of fate, but will she learn that she’s in control of her own destiny before it’s too late?

Join April as she embarks on a life changing journey of love and loss, which will have you laughing and crying until the very end

Breathe Me In – Cherrie Lynn

Their worlds collided in Leave Me Breathless. Now see how the sparks first flew for Ghost and Macy…

She knew he was trouble from the moment she first laid eyes on him, but that doesn’t stop Macy from taking a wild ride with Ghost when he invites her along. Something about him intrigues her. Just by hanging out with him, though, she’s drawn into a scandal she doesn’t see coming and faces a decision that might alienate him and several people she holds dear.

Timing is everything…and theirs couldn’t be more off.

PLEASE NOTE: This is a short prequel to Leave Me Breathless that takes place during the events of Rock Me. It’s not meant to stand alone.

She’s running from the law, and the law wants her bad.

The opportunity was just too damn delicious for Ginger Peet to pass up. The purse full of money she finds—$50,000 to be exact—could give her and her teen sister the new start they need. So she grabs the cash, her gothy sibling, and their life-sized statue of Dolly Parton, and blows outta Nashville in a cloud of dust. Chicago, here we come…

Turns out, Chicago has some pretty hot cops. Hot, intense, naughty-lookin’ cops like Derek Tyler, who looks like he could eat a girl up and leave her begging for more. And more. Tempting as he is, getting involved with the sexy homicide lieutenant next door poses a teensy problem for a gal who’s on the lam. But one thing is certain—Derek’s onto her, and he wants more than just a taste.

And as far as he’s concerned, possession is nine-tenths of the law. 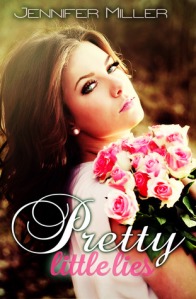 A little lie can change the course of everything. . .

Like every other eighteen-year-old in love, Olivia has dreams of spending forever with the love of her life. Luke is all she’s ever wanted – until she overhears something she was never meant to. In a matter of seconds, Olivia’s heart is shattered. Olivia handles it the only way she knows how – she runs- leaving behind her family, friends and the boy she loves.

Seeking comfort and an escape, Olivia finds it in resident bad boy Deacon. He’s everything Luke isn’t – and that’s fine with Olivia.

Now, seven years later, Olivia is older, wiser and headed back to Chicago looking forward to a fresh start and reconnecting with her best friend Pyper. What she doesn’t expect, is to come face to face with the boy she left behind and discover that even though she may have left, her feelings for him didn’t.

Can Olivia put aside the pain in her heart and trust Luke? Will the ties to her past ever let her go, or will she continue to let her life be affected by pretty little lies? 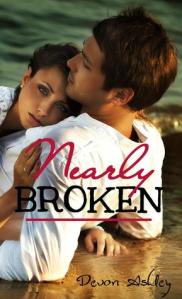 We’d both gone missing at one point, but Claire had one thing I didn’t. Someone to notice. So why was I the one still here and she the one still gone?

Nineteen year old Megan Smith has spent the past year working in a small town diner in the middle of nowhere. Life is quiet, simple, safe. Then comes the news that her look-a-like has gone missing.

Still damaged both physically and mentally, Megan’s not looking to be noticed. Wherever she goes from here, it’s a road she needs to take alone. But when Nickolas Ellis takes the job as the new nightshift cook, it scares her how easily her defenses crumble down, down, down for him. But there are secrets she can’t bear to share with just anyone, unspeakable acts that continue to haunt, and when the similarities of Claire’s abduction couples with the fear of an unwanted visitor in town, the urge to run before it all happens again intensifies, threatening the only happiness Megan’s ever found.

A Hollywood A-list mega-star, on the run from his latest scandal and with everything to lose.

A chance encounter that leads to an unlikely arrangement and epic love affair that will change them both forever.

When his co-star and real-life girlfriend is caught cheating on him with her married and much older director, A-list hottie, Jack Eversea, finds himself in sleepy Butler Cove, South Carolina. Jack hopes the sultry southern heat in this tiny coastal Lowcountry town will hide him not only from the tabloids and his cheating girlfriend, but his increasingly vapid life and the people who run it. He doesn’t count on meeting Keri Ann Butler.

Keri Ann has relied on herself so long, dealing with her family’s death and the responsibilities of keeping up her family’s historic mansion, that boys and certainly the meager offering of eligible boys in Butler Cove, have never figured into her equation. But fate has other plans. Suddenly face to face with the man who played the movie role of her favorite fictional character, Jack has Keri Ann yearning for everything she has previously avoided … and Jack must decide whether this funny, sassy girl is worth changing his life for, before his mistakes catch up to him

2 thoughts on “This Weeks Splurges”