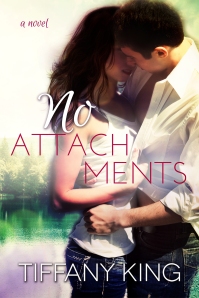 Ashton Garrison walked away from a privileged life in order to hide from the one thing she’s not willing to face. She knows she left behind a trail of pain, but in the long run, her betrayal will hurt less than the truth. She now has one goal: Live life to the fullest with no regrets and no attachments. She has high hopes that a move to new surroundings will provide the escape she desires, but what Ashton doesn’t count on is how fate always seems to find a way to screw up any good plan. Sometimes, when love comes knocking, the pull is too strong not to answer. Suddenly, what she thought she wanted to escape from is what Ashton now wants more than anything.

Nathan Lockton has one mission: find his target and complete the task he was hired to do—no attachments and no emotion necessary. He’s done it over and over again. What he thought was a typical lost-and-found job has turned into a life examining moment as Nathan is forced to deal with something he has always ignored–his feelings. Now faced with a decision, Nathan must choose to either follow his heart or complete the job.

Love can come when you least expect it. The question is: If the odds are stacked against you, how far are you willing to go for the one you love? 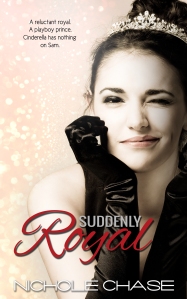 Samantha Rousseau is used to getting her hands dirty. Working toward a master’s degree in wildlife biology while helping take care of her sick father, she has no time for celebrity gossip, designer clothes, or lazy vacations. So when a duchess from the small country of Lilaria invites her to dinner, Samantha assumes it’s to discuss a donation for the program. The truth will change the course of her life in ways she never dreamed.

Alex D’Lynsal is trying to keep his name clean. As crown prince of Lilaria, he’s had his share of scandalous headlines, but the latest pictures have sent him packing to America and forced him to swear off women—especially women in the public eye. That is, until he meets Samantha Rousseau. She’s stubborn, feisty, and incredibly sexy. Not to mention heiress to an estate in his country, which makes her everyone’s front-page news.

While Sam tries to navigate the new world of politics and wealth, she will also have to dodge her growing feelings for Alex. Giving in to them means more than just falling in love; it would mean accepting the weight of an entire country on her shoulders. 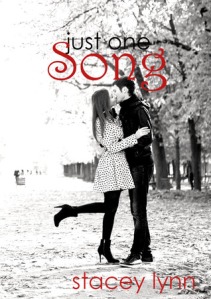 Nicole Parsons had the perfect life, made complete with the suburban home and the proverbial white picket fence. When tragedy struck and she lost the most important people in her life, she turned away from everything she loved before; shutting out every reminder of the perfect life she lost.

It has been one year, three months, one week and six days since the accident; and Nicole is ready to stop counting the days she’s survived, and begin living again.

On a dare from her best friend, Nicole encounters Zack Walters – the popular alternative rock star and man who signifies so much of her past – and suddenly everything in Nicole’s safe and quiet life changes.

When she’s forced to face the pain she’s carried for so long, will she truly be able to heal from her past and begin to live again?

Or will her new adventure ruin her completely 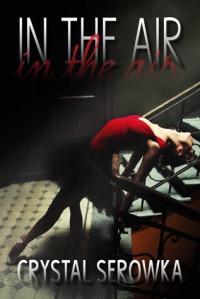 In The Air – Crystal Serowka

It all began on a New York City sidewalk. It was so surreal. Juilliard, the enormous brick building that held my dreams and the possibilities of my future. I was prepared for the challenges ahead. What I didn’t expect was to lose my focus the second I met him. Living the dance was no longer the only important thing in my life.

The City opened my eyes, but he transformed me.

Two dancers. One big city. He was determined to make a new start. She was ready to make it in the ballet world. Neither expected love to play a part in achieving their dreams. They also didn’t expect it to be so destructive. Samson and Natalia took the leap anyway, not worrying about the fall. 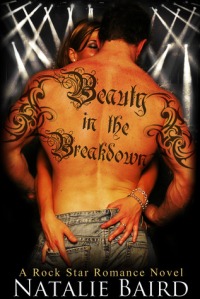 Beauty In The Breakdown – Natalie Baird

Alexa Vansant isn’t the type of girl to go looking for trouble, so what was she doing sitting in a Lower East Side dive bar waiting for Jackson Brent? What did she expect from a meeting with an international rock star sensation, infamous millionaire playboy, and notorious womanizer? He said the meeting was about business, and it had to be with her, alone, and on his terms…

When the most gorgeous man she’s ever laid eyes on walks through the door, Alexa knows she’s done for. Agreeing to meet with Jackson Brent may be the worst mistake she’s ever made.

The moment his striking blue eyes meet hers, the rock star immediately has her fumbling. His British accent renders her helpless against his charms and Alexa is unable to control the desire welling inside her as a result of the sheer physical attraction she feels toward him.

It’s unbecoming for a professional media journalist to get star-struck, this was supposed to be strictly business, or so she thought.

When Jackson reveals that he wants her to write his tell-all bio, Alexa is astonished. The privilege would mean instant fame and notoriety for her and her magazine. The only catch? She has to join him on his month long European tour, to experience who he really is… to get the proper intimate details…

Jackson pulls her into a whirlwind of lust, heartbreak, and utter passion. If she is the one to finally discover the real Jackson Brent, will she be strong enough to fight for his love?