A girl.
A coma.
A life she can’t remember.

When Emma Walker wakes up in the hospital with no knowledge of how she got there, she learns that she’s been in a coma for six months. Strangers show up and claim to be her parents, but she can’t remember them. She can’t remember anyone. Not her friends, not even her boyfriend. Even though she can’t remember, everyone wants her to just pick up where she left off, but what she learns about the ‘old her’ makes her start to wish she’d never woken up. Her boyfriend breaks up with the new girl he’s dating to be with her, her parents want her to start planning for college, her friends want their leader back, and her physical therapist with the hazel eyes keeps his distance to save his position at the hospital.

Will she ever feel like she recognizes the girl in the mirror?

One kiss is all it took for Alexis Catori’s world to turn upside down. One kiss with a man she thinks can help her move beyond her past.

Bo Nantan has one rule when it comes to tattooing: he refuses to ink his friends. Until Alexis asks him to do her work.

Bo tries to refuse, but decides maybe there is a compromise that will work. Together they discover their compromise is about more than just art, it’s facing the past so they can move on with the future. 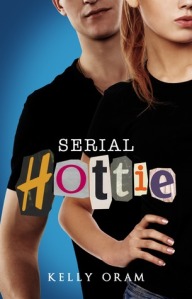 Hockey-obsessed tomboy Eleanor Westley has never been the object of a guy’s affection before. So when the hottest boy she’s ever seen moves in across the street and starts treating her like she’s the center of his universe, naturally she’s going to be a little skeptical. But everything starts to make sense when girls who look just like Ellie start dying all around the city. Obviously the new guy is the killer, and of course he only likes her because he wants to slice her into tiny pieces. Right? The more Ellie gets to know Seth the more she’s convinced he’s a psychopathic killer. Problem is, he’s the sweetest psychopathic killer she’s ever met. Not to mention he’s brutally hot. No matter how hard she tries, she can’t help but fall for him. Will Ellie find true love, or will her summer of firsts turn out to be a summer of lasts?
Amazon UK: £0.77
Amazon US:$1.19

When neurotically challenged and unlucky in love Megan Daniels, is propositioned by her life-long friend Ben Romano with a coin toss (heads, they sleep together, tails they don’t) the night before they are about to attend a destination wedding, she drunkenly accepts his challenge. But when Megan wakes up the next morning with a bad hang-over and Ben in her bed, she is more than mortified. It isn’t until the tropical heat begins to ignite emotions Megan never ever believed she could possibly have, that she starts to question if risking their friendship is the answer to finding true love 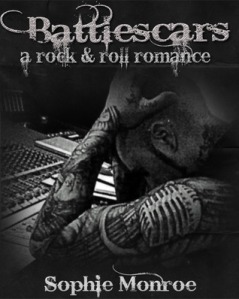 Aubrey Thompson is a twenty-three year old flight attendant for her dad’s small commercial fleet. She’s a sarcastic smartass that has no problem telling you where to go. She also despises rock stars…but that’s all part of the story. Her Granny Jean is spy and will have you laughing out loud.

In comes Jake Parker, the twenty-five year old lead singer of Battlescars. His reputation is the untamable bad-boy. He’s completely “balls to the wall” in everything that he does. Two days after returning home from a month long tour across Europe he gets a visit from Bruce, an executive from the record label. He informs Jake that Battlescars is going back on tour for three months. What everyone doesn’t know is that Jake is worn down and sick of the same old shit.

His record label hires Aubrey’s dads company to fly him around for the last minute tour. In order to keep her dad’s company afloat they will have to learn to play nice. When Jake first meets Aubrey she refuses to even acknowledge his existence. He sees her as refreshing and a challenge.

Both of them have some pretty heavy scars from their pasts holding them back. Can Jake get Aubrey to let him in? Or will she shoot him down based on his outlandish reputation? Will her fear of getting hurt again keep him out for good?

Are the two of them a match in heaven or hell?