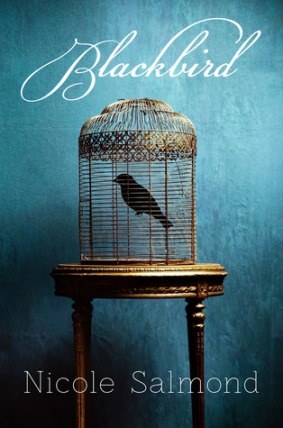 A serious car accident leaves bad boy Nate Williams seriously injured and lucky to be alive. Upon his journey to learn to walk again he meets Claire, a physiotherapist in the last year of University. He’s instantly attracted to her, but Claire is no ordinary girl. She’s resistant to his charms and good looks which only intrigues him more.

Claire is reluctant, to say the least, when Nate comes back into her life again as one of her patients for her clinical placement. A self-absorbed, tattooed, womaniser, he is the last person on earth she wanted, or expected to see again. Nate may not remember her, or the kiss they once shared, but she certainly does. The next five weeks was going to be anything but easy.

Blackbird is a story of self-discovery and the formation of an unexpected friendship between two people who learn that life and love is anything but planned.

After being involved in a serious car accident which leaves Nate Williams badly injured and lucky to be alive, he meets Claire, a physiotherapist in her last few weeks on university who will be with him through his journey to walk again. He’s attracted to her but she resists him charms. It only makes him more interested in her.

Nate has been in Claire’s life before but it’s obvious he can’t remember. She’s reluctant to be his physiotherapist but in the end agrees to be professional about it. The next 5 weeks aren’t going to be easy for her. But when a budding friendship develops between them both, it’s getting easier to decide what she wants out of life, even if she finds it hard to begin with.

Blackbird is a story about self-discovery, as the synopsis entitles. It’s about finding yourself in the world and being the person who YOU want to be, not what people want you to be or do. When I read the synopsis the other day, I instantly knew I had to download this book and read it immediately. I was not disappointed at all and Nicole Salmond takes you through a journey about yourself too and what you want in life, as well as going through Nate and Claire’s journey with them. I found this book to be refreshing and it really did have me indulged for the few hours I was reading it, finding it hard to put down even for a split second. I just had to finish it and see what happened!

Oh Nate Williams! He had gone through some tough times in his life. With his father’s death being the main reason he’s gone off the rails a bit. He blames himself for it and that’s why his life doesn’t seem important to him. He puts on a cocky, sexualised front, as to hide his true colours and he never stays with one girl, always jumping from one, one night stand, to the next. But when we see him with Claire at first, he’s, as I said, cocky and flirty and playful with her, trying to wind her up, but the more time they spend together, and become friends, the more Nate changes – for the best. His attitude changes. He’s never really had a girlfriend, let alone been interested enough to have one, but when he’s around Claire, and even when he’s not, shes all he thinks about and all he wants. But with her having a boyfriend, he’s going to have to stay being her friend. But he’s also determined to show her that they should be more. I liked that he didn’t give up on her.

Nate was Claire’s last patient before graduating and when she sees him, she’s angry. They have history but he doesn’t seem to remember. She pushes that aside and is determined to help him walk again. She is a strong character, shes a determined character but she’s also frustrating to read. She had a boyfriend of 6 months (Who was a total douchebag to her) but she has feelings for Nate. When she and Nate become friends, she began to annoy me over her thought process with Dave (her boyfriend) and Nate. It was blatantly obvious that Dave was not the guy for her, as he was still living in the ice ages and that Nate – who gave her time and space to sort her feelings out, hence being friends, was totally the guy for her. He was always there for her, he didn’t push her, he treated her as an equal, but I’m just glad she realized what she had to do to be happy in the end.

I did love their friendship. They had the perfect chemistry and although it was obvious to the reader that they both had feelings for each other, I respected Nate’s decision to not do anything, as she had a boyfriend and to just be her friend and be there for her through the tough times with Dave. They respected each other, had fun, flirted and seemed to spend so much time together, getting to know one another. They really did bring out the best in each other and I loved how they changed one another – to the person they were truly meant to be. They both taught one another how to be free.

The scene that got my gears turning was the dancing in the nightclub. Holy Hell was that steamy! The dirty dancing and the rhythm they both have together and the sexual chemistry just literally poured from the kindle. I want my own Nate to dirty dance with!

I love the book cover. It symbolises the point of this book. To be free to be yourself and to do whatever you want in life, not to be caged up and forced to live your life by what others want of you. You will see why this is, when you read Blackbird. The cover will make sense to you then.

There are a few grammatical issues and at one point Nicole write ‘Nick’ instead of Nate, but other than that, it didn’t particularly bother me. I’m not one to moan about these kinds of issues as the book really caught my attention and had me hooked from the start to finish.

I loved the message this book portrayed and I loved the friendship/relationship Nate and Claire developed and had. It was great to see these two characters change throughout the book with the help and influence they both had on each other. They both eventually learnt that taking a chance will be worth the risk, especially with love and life. If you want to read a quick story about freeing yourself, finding love and discovering yourself, then Blackbird is definitely the book for you. It’s a great read and will leave you thinking about your own life and how you fit in after you finish it!