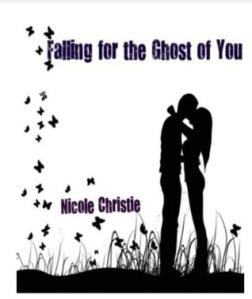 Seventeen year old Violet Mercer returns home from her summer vacation in Hawaii to discover her boyfriend’s cheating on her with a friend. As if that wasn’t bad enough, her mother’s marrying a man she just met.

Things take an awkward turn when Violet meets her rich new stepfather, and his gorgeous son–the hot guy whom she made a fool of herself in front of earlier that day! Zane O’ Connor is sexy and charming, and way out of her league. He makes her forget her ex-boyfriend even existed. But there’s no way she’d ever have a chance with him…right?

Through a strange turn of events, Violet finds herself living with Zane for a month. Somewhere between the fighting and flirting, they become friends. And it isn’t long before that friendship blooms into something else…something more powerful than Violet anticipated.

But Zane is hiding something from her–something big enough to tear them apart if Violet ever discovered the truth about him. Her suspicions keep her from trusting him completely. She’s been burned before–is she willing to take that risk again?

As she and Zane spend more time together, Violet realizes it’s too late: she’s fallen for the beautiful boy with the big secret. Will she get her heart broken twice in one year–or will her love survive the truth?

17 year old Violet has just come back from spending two months in Hawaii working at her grandmother’s bakery with her friend Lauren. She hasn’t seen her boyfriend Matt or really spoke to him in that time too, and although he hasn’t really crossed her mind, she’s missed him and can’t wait to give him the present she got him.

But having met up with Matt, she gets dumped as he’s been cheating on her with a friend. Rushing to get out of the restaurant, tears blinding her, she only goes and falls over in front of a totally hot guy, who in turn helps her up off the floor.

As if her day can’t get any worse, she has to go for a meal with her mother and her new fiancé, Bill, whom her mum has only known for two months and also meet his son, Zane. But the trouble is, Zane is the totally hot guy from earlier, and she is so embarrassed because she is obviously attracted to him.

When her mother and future stepfather decide to go on a month trip around Europe for their pre-wedding honeymoon, Violet has to stay with her mum’s friend Jane, but things don’t go smoothly and so with nowhere to go, she ends up asking Zane if she can stay with him, in the house she will be moving into when her mum is back. Who is he to turn her down?

As they are both highly attracted to each other and spend a lot of time together, is it only a matter of time before something happens? It can’t though, can it? They are about to become step-sibling.

From the start this book had me laughing so hard. I began it last night when everyone was in bed, and it was so hard to keep from laughing and snorting loudly that I had to put the book down and resume it this morning, where I could laugh as loud as I wanted to and not wake anyone up. The stuff that Violet and her mum, Lily, come out with when they are nervous is just a hoot! I kept re-reading their comments because they had me in stitches and you could read the embarrassment coming from them both over the comments.

Throughout the course of the book, you find out that Zane is hiding something from Violet, and she can’t quite figure out what it is. She’s a highly jealous person, and any girl who comes within 10 feet of him, she has a tantrum, which did get annoying after a while, and you could see it annoyed Zane that she was acting this way. At 20, Zane tried to keep his feelings at bay but Violet broke him down and so they began a secret relationship. It wasn’t without its ups and downs and sometimes I thought Violet was acting really immature about situations they were in but I actually sympathized with her when Zane’s big secret came out because he should have told her sooner, but then he just wanted to be himself around her, so I could see his side too.

The sexual chemistry was powerful between them and it really heats up when they go swimming in the pool, of course it would though, you’re both wet, and in your underwear and as much as you want something to happen, it doesn’t – sorry to disappoint, you’ll just have to wait. Even when their parents get married, everyone at the wedding could see the sexual tension between them, but because her mum and Bill were so wrapped up in the wedding, they didn’t notice. No matter how hard they tried to stay away, they were just pulled together like a magnet.
Although they both really like one another, the only thing that could have been mentioned was that they were still step-siblings. Although I have no problems with that, I’m not prude, you love who you love, she never once thought it was ‘wrong’ to be with your step-brother, nor did they ever mention each other as such, but I suppose they aren’t really blood related so maybe that’s why it wasn’t mentioned as much as I thought it would have.

Other than that, I laughed, cried and my chest hurt reading about Violet and Zane and of course Lauren’s story. I gasped when I found out about Zane’s secret, I cried at Violets birthday party and I laughed so hard at everything she said, embarrassing or not.

I think this book is actually now one of my favourites. I couldn’t stop reading it, well I had to last night as I would have woke the house, but if there was a sequel, I’d have to be one of the first to get it because I fell in love with all the characters, especially Zane as he was just yummy!

One thought on “Falling for the ghost of you – Nicole Christie”