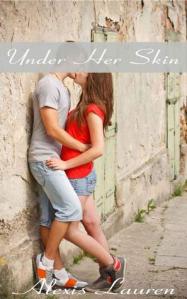 Marlo LaPointe is there to take care of her brother and his band mates, even the one that annoys her the most. Marlo and Tobias never got along. But when he turns into her Knight in Shining Armor more than once, she starts seeing him in a different light. What happens when then? She follows the band Pleasure Pointe as they are starting out and becoming a success.

I have a secret. I love reading about bands and romance concerning the members – as you can see from Backstage Pass and Hard Rock (so far) and this book didn’t disappoint.

We start off with Marlo – known as Lola to her friends. She is her brother’s band PA and is very close to him, seeing as their parents didn’t care for them at all. Marlo gets along with everyone in the band apart from Tobias – the lead singer.
They seem to rub off on each other and argue whenever they are in the company of each other.

Being a 24 year old, she was a bit childish over her stance on Tobias, but hearing him having sex – as the playboy of the band that he is – would have wound me up too but one night where something traumatic nearly happens to Marlo and with her boyfriend – now ex- standing there not doing anything, Tobias sees red and jumps in to help her.

Throughout her downward depression, Tobias is there for Marlo, which is a turn of events and hes there every step of the way, making sure she gets back to her old self.

To make sure she does, he acts like a dick in front of her and that gets her spark back.

During the book, their relationship progresses and Tobias cant understand his feelings for Marlo – hes attracted to her but hes never had a committed relationship before and Marlo begins to have feelings for him too.

They spend time together, still sleep in each other’s bed and kiss quite a bit, but I don’t think he fully gets to grips with his feelings until Marlo ends up in hospital and she has to spend two weeks away from him, where they both end up missing each other.

Tobias and Marlo get together and it was nice to see him changing from a playboy to being a one woman man. Although there is drama along the way for the couple and for certain members of the band – Marlo’s brother Dusty included, you could see the love that Tobias had for Marlo and vice versa and the ending was very nice to read.

I recommend this book for all you out there.

4 thoughts on “Under Her Skin – Alexis Lauren”